Kalsarikännit seems to be hot this week. Especially in Twitter people around the globe have admired this Finnish language expression, which in single word explains the activity that many claimed to be their favorite past time. Even lifestyle magazine Elle wrote an article, in which they stated this to be “the new hygge”. 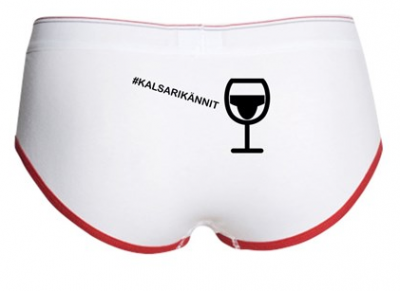 I have bad news for you. It’s not as cool as you think. Probably the hype started from the web site: This Is Finland. It’s a government own site, which tries to promote unique characteristics of Finland, for example by publishing emoji about Finnishness. A pair of emoji on the site were dedicated for the word Kalsarikännit. The definition the page states the following: KALSARIKÄNNIT

The feeling when you are going to get drunk home alone in your underwear – with no intention of going out.

A drink. At home. In your underwear. And there is a word for it. Kalsarikännit. 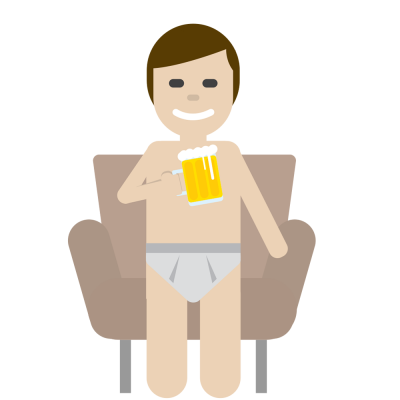 This sounds cool and funny and unique. Elle wrote: “No longer will we sit at home, drinking wine from a mug, in granny pants, making up excuses to our friends as to why we’re bailing, in shame. No, we will Kalsarikännit with honour and with no guilt.”

Actually it really used to be a word for a frowned-upon activity. Only the toughest guys dared to tell they were having “kalsarikännit”. Just because there is a word for it, does not make it cool.

And why there is a word.. that is how Finnish language works. You make new words by combining old ones. And these new words are mostly instantly accepted and understood by Finns, no matter how long they are. For example there is word: “lihamakaronilaatikko” (meat-macaroni-box), which is completely normal dish, with macaroni and minced meat. And there is word “juoksentelisinkohan”, which means something like “I wonder if I should run aimlessly for no reason”.

Kalsarikännit consists of two words: “kalsarit” and “kännit”. Kalsarit means underwear, but not your trendy thong, or lace-hipsters.. it means more something like “worn-out long johns, with brown stains”. Or kind of underwear that grandfather would use. Känni means to be very very drunk – shitfaced, one could say.

So yes, this word describes you staying home and drinking your ass off. Not sipping wine in fancy pants, but wasting yourself in your worst underwear. Does not sound trendy, but many people do it. I do and I’m damn proud of it. Most urban hipsters would never admit that they did it.. not until it became trendy! 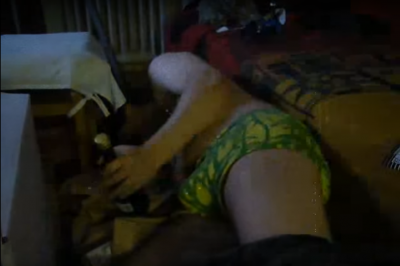 A short film about real “kalsarikännit”